Official websites use .gov
A .gov website belongs to an official government organization in the United States.

Core ServicesThe History of NamUsNamUs MilestonesThe Extent of the Problem 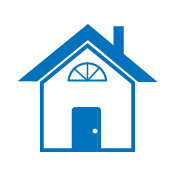 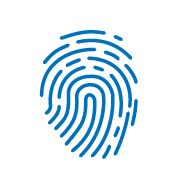 Training and outreach from NamUs subject matter experts, including assistance with planning and facilitating Missing Person Day events across the country.

The History of NamUs

In 2003, the National Institute of Justice (NIJ) began funding major efforts to maximize the use of DNA technology in our criminal justice system, including in the investigation of missing and unidentified person cases. By 2005, NIJ expanded its efforts with the “Identifying the Missing Summit”, where criminal justice practitioners, forensic scientists, policymakers, and victim advocates defined major challenges in investigating and solving missing and unidentified decedent cases. As a result of that summit, the Deputy Attorney General created the National Missing Persons Task Force, which identified the need to improve access to information that would help solve missing and unidentified person cases. The National Missing and Unidentified Persons System (NamUs) was created to meet that need.

In collaboration with NIJ, the National Forensic Science Technology Center (NFSTC) and Occupational Research and Assessment (ORA) developed and launched the NamUs Unidentified Persons (UP) database in 2007. The following year, the NamUs Missing Persons (MP) database was launched, and in 2009, the databases were connected for automatic case comparisons, expanding the power of NamUs to make associations between missing and unidentified persons. NFSTC managed the NamUs program through September 2011, in partnership with NIJ.

In 2011, daily management of the NamUs program was transitioned to the University of North Texas Health Science Center (UNTHSC), with continued administration and oversight by the NIJ. Management through the UNTHSC’s Center for Human Identification enhanced NamUs’ ability to facilitate DNA services and enhanced the quality and quantity of DNA information entered into NamUs.

In 2012, an Analytical Division was added to NamUs, offering criminal justice professionals additional resources to locate information on missing persons, locate family members for DNA sample collections and next of kin death notifications, and disposition tips and leads. Also in 2012, the NamUs AFIS/Fingerprint Unit was created, bringing additional in-house forensic services to NamUs, including a collaboration with the FBI’s Latent Print Unit to search all unidentified decedent prints through the Next Generation Identification (NGI) system.

In late 2015, plans to perform a complete rebuild of the NamUs application began. Stakeholders from the law enforcement, medical examiner, coroner, non-profit, and public sector were interviewed as part of a Discovery Phase to plan the features and functionality of the upgraded system. Development work began in the first quarter of 2016 and culminated in the release of the NamUs 2.0 application in May 2018.

2009
UP and MP databases connected for automatic case comparisons

Unidentified bodies are recovered each year

The Extent of the Problem

Over 600,000 individuals go missing in the United States every year. Fortunately, many missing children and adults are quickly found, alive and well. However, tens of thousands of individuals remain missing for more than one year – what many agencies consider “cold cases”.[1]

It is estimated that 4,400 unidentified bodies are recovered each year, with approximately 1,000 of those bodies remaining unidentified after one year.[2]

[note 1]Between 2007 and 2020, an average of 664,776 missing persons records annually were entered into the National Crime Information Center. See https://www.fbi.gov/services/cjis/ncic